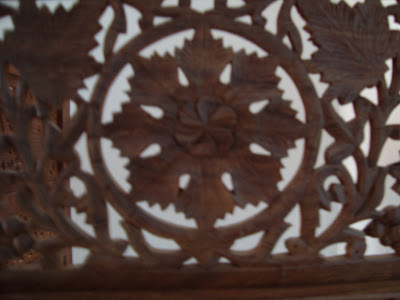 Detail of screen from Mother 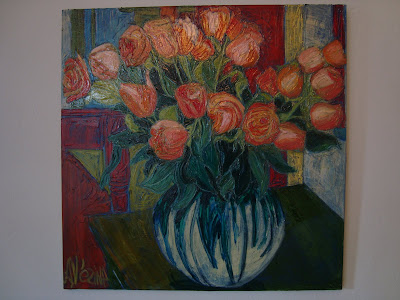 This greets you in the foyer 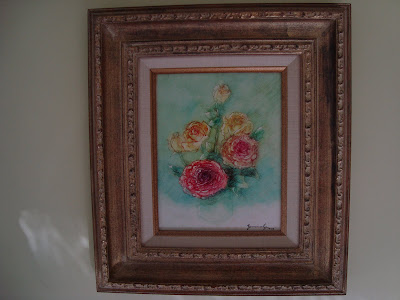 This is hanging over the tub 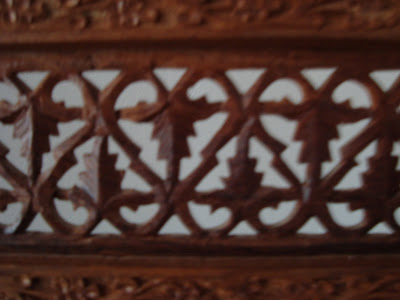 Detail of a screen in the salon 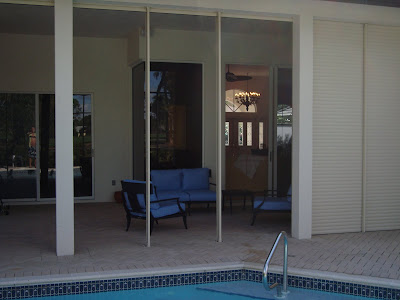 I remember with such fondness discussing design and decor with old pals such as Tice Alexander, another Parish-Hadley disciple, and Albert Hadley as well, and the emphasis that was placed on having an "eye" and a "design vocabulary" and a "point of view" Recently, I spoke with Albert by phone, as I was on my way out to an island near here that has been a long time retreat for the Charles Engelhard family (Annette de la Rentas parents) - where I was working on a significant new house, and AH asked me what or how I would describe my style. Quickly gathering my wits, I very happily told him that I felt that I was a promoter of the neo classical married to the 21st century (paraphrasing myself). I thought it sounded good at the time, and I have no idea what he thought of it. All I know is, Mr Hadley has a way of bringing out the best in a designer, and he is the best mentor I could ever have had. So now, like Vicente Wolf and many others, I am constantly refining my designer eye by photographing anything that captures my attention, and here are some images I captured on a recent visit to the Edelman project, another favourite house I've been fortunate to work on. (Edelman Leather) Enjoy ! DF *****
Posted by Dean Farris at 1:52 AM