I was inspired last night, to make a slight change in my Naples living room~(flanked the sofa with these vintage Louis style chairs) ~and then got this fun, very 1930's looking image from shooting in the dark, with only two light sources~one in the bedroom and one in the hall behind me.  One would never know this was taken in 2015, not 1935 !  Notice Elsie the cow gazing out from the bedroom!   DF*****

As the personal home of Bobby Brown and Todd Richesin, Casa Real was created as a backdrop for a growing collection of 18th and 19th century European and American antiques. The concept of a French house to hold them has been executed down to the smallest detail, both inside and throughout the gardens.

Should you take the time to peruse the TR Interiors site, you can read on the blog section, called "On The Fringe" about the extensive renovations and remodeling Casa Real has undergone recently~such as this masculine Ralph Lauren inspired Master bath remodel! (shown above)

I certainly hope that you've enjoyed this three part series on the work of some of my favorite Southern designers~and do stay tuned for more exciting news from the world of interior design!  DF *****

You may recognize this image, since I had posted about fabulous Todd and Bobby previously~a designing duo from Knoxville, TN, I can't get enough of their exuberant and elegant Southern Style!


While I don't yet personally know him, Todd and I have briefly chatted on Facebook, and our paths have (almost) crossed, at the Duck and Dolphin Antiques, in Key West, FL~where Todd has done work for clients...(see Traditional Home)...
I found this very interesting bit of bio on Todd on his site~

Todd grew up in Sweetwater, Tennessee. The arts and significance of home were important to his parents and still are. With their encouragement, Todd began painting and playing the violin at an early age. His first “project” happened by accident. On a trip with his parents to see their interior designer when Todd was seven years old, he found an Oriental rug in the designer’s showroom. After much insistence, he persuaded his parents and the designer to come see it, and it was deemed perfect for their library. The rug is still in his parents’ library today and has survived the re-decoration of that room three times.
Precocious? Yes, and I was the exact same way with my parents, and their interior designers!  But not at age 7 !

The foyer, shown above, reminds me of one in Charlotte, NC, that I'd seen when I was very young, and it made such a strong impression on me with it's magnificent sense of scale. It was the home of James Essary and Bill Ross.

The house of Todd and Bobby, known as Casa Real, has recently gone through some major renovations, including new windows, read all about it on their blog called "On The Fringe"...
There's a great love of European style elegance evident in Todd's work, and yet his repertoire is quite varied.  Here are some of the bedrooms at Casa Real, so inviting!

Love the look of a flat screen above a classic commode! Notice the stunning collections displayed throughout Casa Real...and here's the charming and inviting breakfast room~

You can see the rest of the kitchen on yesterday's post...

I saved the best for last...
Everybody into the pool!  Doesn't this look so beautiful and inviting?  The garden and grounds at Casa Real are just as elegant as the interiors~ one can see all the love and hard work that's been poured into this project over the years. Kudos to Todd and Bobby on the creation of a masterpiece of Southern Elegance! Enjoy!  DF *****
* * * * *
Posted by Dean Farris at 3:58 AM

Casa Real, A Designer's Own Home

I'd been following the work of this talented duo, Todd Richesin, and Bobby Brown, for years, and finally we connected in the virtual way, via Facebook!

Their beautiful, European inspired home (shown above) is an inspiration and a true labor of love for young collectors who enjoy entertaining...

You can see why I'm such a fan of Todd and Bobby's beautiful home!  I'm partial to the overall feeling of European elegance and inspiration.  Much of Casa Real, in all of it's refined detail, reminds me somewhat of the late Country French decorator, Charles Faudree.  There's a great feeling of love and attention to detail, and one can see that their house is a home.  Read more about Todd here  Enjoy!  DF *****

Room With A View, Provence

Of course, I was delighted to receive this picture today, from my associate, Marine Linard~who is visiting her parents in the south of France...

Yesterday, I had read on The Peak Of Chic, a very interesting piece about the historic toile, called Pommes de Pins, and then I discovered this similar pattern in our wings, called Dauphine, by the late Tulsa decorator, Charles Faudree. Serendipity! Available to the trade through MP Interiors, click here to see all the lines...DF***** 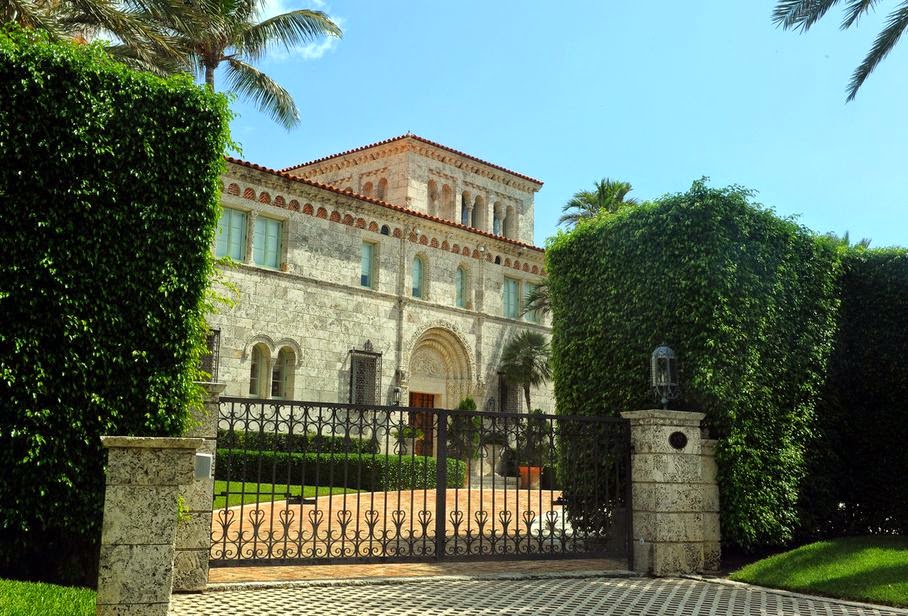 via Palm Beach Daily News
Posted by Dean Farris at 7:56 AM

Old World Weavers has this stunning printed cretonne, Cinqueterra Botanical, which I fell in love with today...
To the trade through MP Interiors... 239-498-9074
DF *****

I just picked up a copy of this fascinating new book, by Nicky Haslam~it contains some of my favorite iconic images, including those related to Oliver Messel and John Fowler...plus Sir Cecil Beaton.  Nicky worked for Diana Vreeland, and currently there is a show of photographs in Palm Beach, by her grandson Nicholas, who has been a Tibetan monk for the last 30 years...I was struck by the similarity between Nicky's new flat in London, and the stunning piano nobile salon I had been exposed to, in Bath, when I was introduced to Lord Fry, and experienced the elegance of his Royal Crescent townhouse...and how fortunate is Nicky, to call the Hunting Lodge his country place?  This book is worth buying, for many reasons, but if only for the images that would be reason enough!  A fascinating look at one man's journey into the endless world of interiors...one man who has counted none other than Minn Hogg as a friend! (The World of Interiors)  Enjoy!  DF *****

* * * * *
"for nearly fifty years my lifeblood has been houses, buildings, rooms, gardens; what and who they contain; where and why people go into them, and how and when they are used; whether they are uplifting, surprising, calming, newly built or a ruin, modern or classic, charming muddles or staggering statements of style or power, or whispered, exemplary refinement."  NH
Posted by Dean Farris at 9:38 AM

The Pleasures of Home

Don't get me wrong~ I enjoy going out just as much as anyone, but often, after a long day, I truly relish my apres' work cocktail, while enjoying the soft ambiance of my flat in the Moorings section of Naples...so many of my furnishings hold fond associations, such as the small Michael Aram box shown at the bottom of the above image, which was recently given to me by artist friend, Mally Khorasantchi...how I would love to fill it with Marlboro's, or Gitanes, but alas, the doctor says no more smoking for me!  So, sometimes I will  burn incense just to have some smoke around me, since supposedly smoke follows beauty!
That little box, which I'm crazy for, is topped with silver coral, which reminds me of the beach, not far away~and it sits on a purple faux alligator tray, which sits on the small Parsons table I was given by the late Dean of American Decorating, Mr. Albert Hadley.  He also gave me the Louis XV chair shown above (he allowed me to buy it out of his Naples cottage guest house) and as you know, it's one of my favorite things.

Above, I've created a very Van Day Truex inspired grouping, using things I had and some newer things sourced locally from Chesterdale's Antiques Market...including the pair tole planters from Box Woods, and the pair engravings from Maison Auclair.  The simple glass hurricane was given to me by an old friend who once worked at Sean Johnson Atelier (Naples) and I've enjoyed owning it for many years~Yes, I have considered changing the silk plaid table skirt, possibly to the "Les Touches" pattern in blue, which I had posted about recently...however, you will probably agree, with that bold ikat rug, I probably don't need another ikat looking pattern?  Only time will tell!  Stay tuned!  Enjoy!
DF *****

Not unlike Lady Gaga, I've become delightfully obsessed with the fabulous Mario Buatta client, Patricia Altschul.  I think the picture of her above, pretty much sums up why I am so inspired by her~and I first saw it in my Buattapedia on one of MB's bulletin boards...and thought it was Candy Hamm! (I also have worshiped at the altar of Candy, after learning about her from my Stephen Salny book, Michael Taylor Interior Design...(see earlier posts on DFS)

That Collected Look We Love


I was excited to see this new Elle Decor feature, while perusing Mark D. Sikes~this totally stunning room, belonging to the daughter of famous Suzanne Rheinstein, has many, many elements that I'm very, very partial to...the chairs, the fabrics, the lacquered ceiling, the Kent table, the sisal carpet, (or is it wool?) and the chartreuse festoon shade...very smart, up to date, and yet oh so trad! Thanks Mark!  Love!  DF *****

"A collected look in a room gives the feeling of it having evolved over a long period of time, which in turn, gives the people in it a great sense of permanence and comfort..." 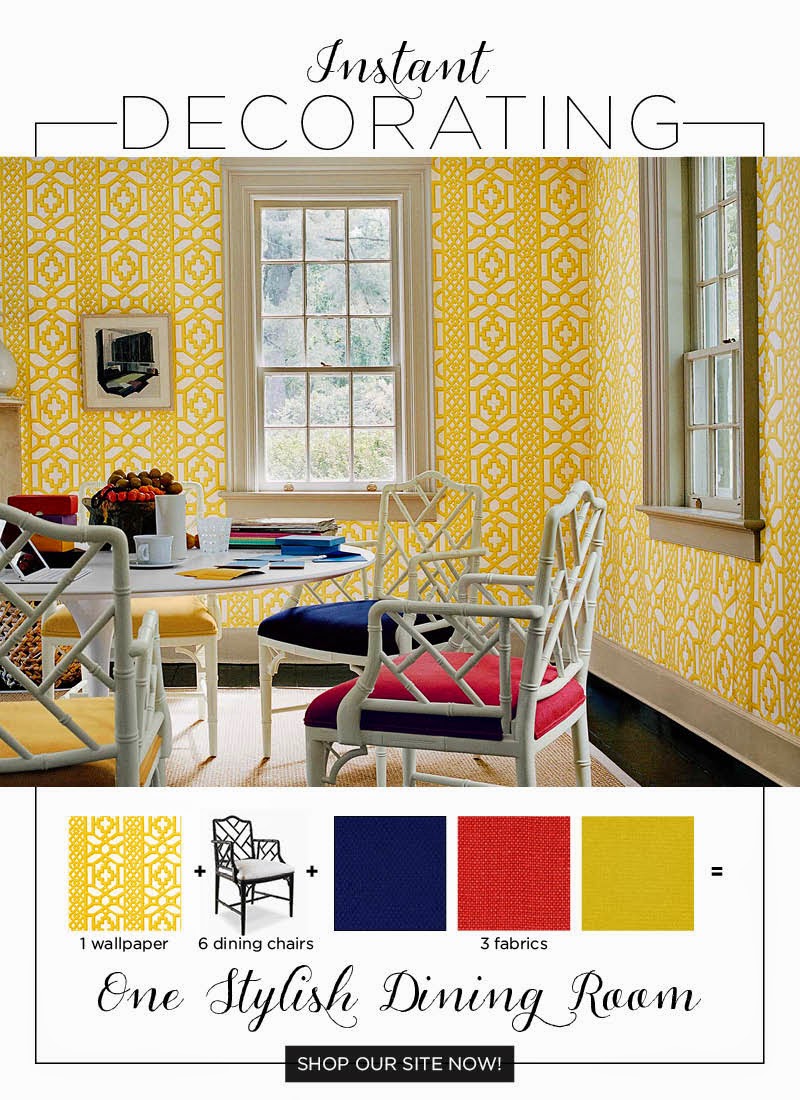 Tommy Tune at The Royal Room

This weekend, Billy and I visited Palm Beach, as we had tickets to see Tommy Tune perform at The Royal Room...I had a pre-theater manhattan while contemplating this excellent view of the Colony pool...
It was my first time back, since the re-decoration by our friends, Carleton Varney and Brinsley Matthews...so I was excited to see the new decor for myself, which I liked very much...


Our new friend, Mr. Peter Glebo, was kind enough to take this quick snap for our 15 seconds of fame! :) He also very kindly gifted William with an original, signed work of art by famous Tommy! (a belated birthday gift)...

Needless to say, we had a wonderful evening, and saw some wildly attractive people.  There were even some very well behaved children in the audience!  Afterwards, we took a short walk along fabulous Worth Avenue, then headed back to Fort Lauderdale for the remainder of the weekend.  Fun!  DF *****