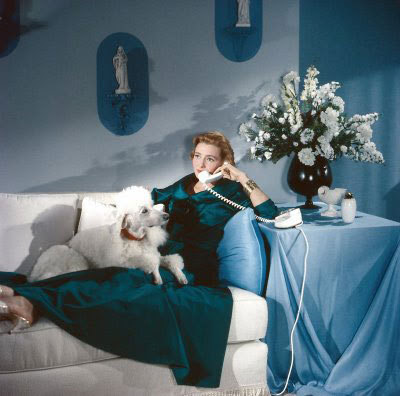 I remember seeing Patricia Neal, the actress who played the decorator in the film "Breakfast at Tiffany's" - when I was working in the antiques and decorating shop of Ned Marshall and the late Harry Schule. Ms. Neal died in 2010, so I was lucky to have met her when I did, back in the roaring 1980's...she was not in the best of health, so I did my best to be unobtrusive and to not impose myself on her. In another weird coincidence, when I worked with the late designer Parkin Saunders, his office manager was dating the son of the actor George Peppard, who played the kept man in the iconic film, based on the Truman Capote novel. I love this dramatic shot of PN looking super elegant, from Breakfast at Tiffany's. ENJOY! DF *****
Posted by Dean Farris at 6:25 AM