Room of the Week, San Francisco 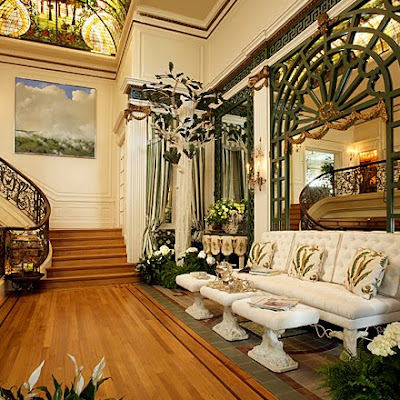 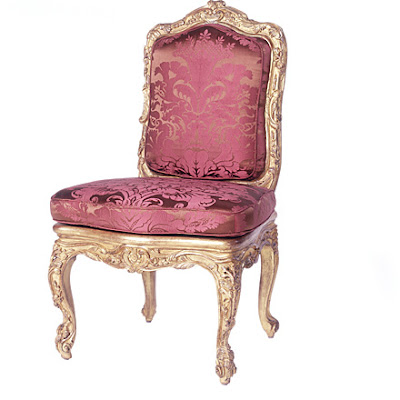 Just as James Andrew (What Is James Wearing?) was inspired by Ann Getty, and her house in San Francisco which was decorated by Parish-Hadley many years ago, so I have been inspired by her own Ann Getty Associates commissions. When I worked with Tice Alexander, I learned a lot about Mrs. Getty, since he had worked directly on her Fifth Avenue apartments, and was often in Paris shopping for her. Lacquer screen panels were cut and used in boiserie, banquettes were ordered up in high Napoleon III style, and the drawing room was created such that the repeat on the silk stripe wall upholstery was totally evenly placed, even in the corners! A set of important chairs anchored that room, and they set a record for price at that time. I found this entry foyer on Mrs. Getty's site, and was inspired to publish it here, as my "room of the week". A famous banquette was used, a la Michael Taylor, as well as a favorite fern fabric favored by him and Elsie de Wolfe. I look forward to seeing more of Ann Getty's work. Happy Saint Valentines Day! DF *****
Posted by Dean Farris at 7:17 AM