I once was spending some time with my friend, the late, iconic, designer, Albert Hadley, and had the utter audacity to bring along a box of samples and things that I had been collecting for some future personal residence (of mine)...I even brought a floor plan of a place I had been thinking of moving in to ! 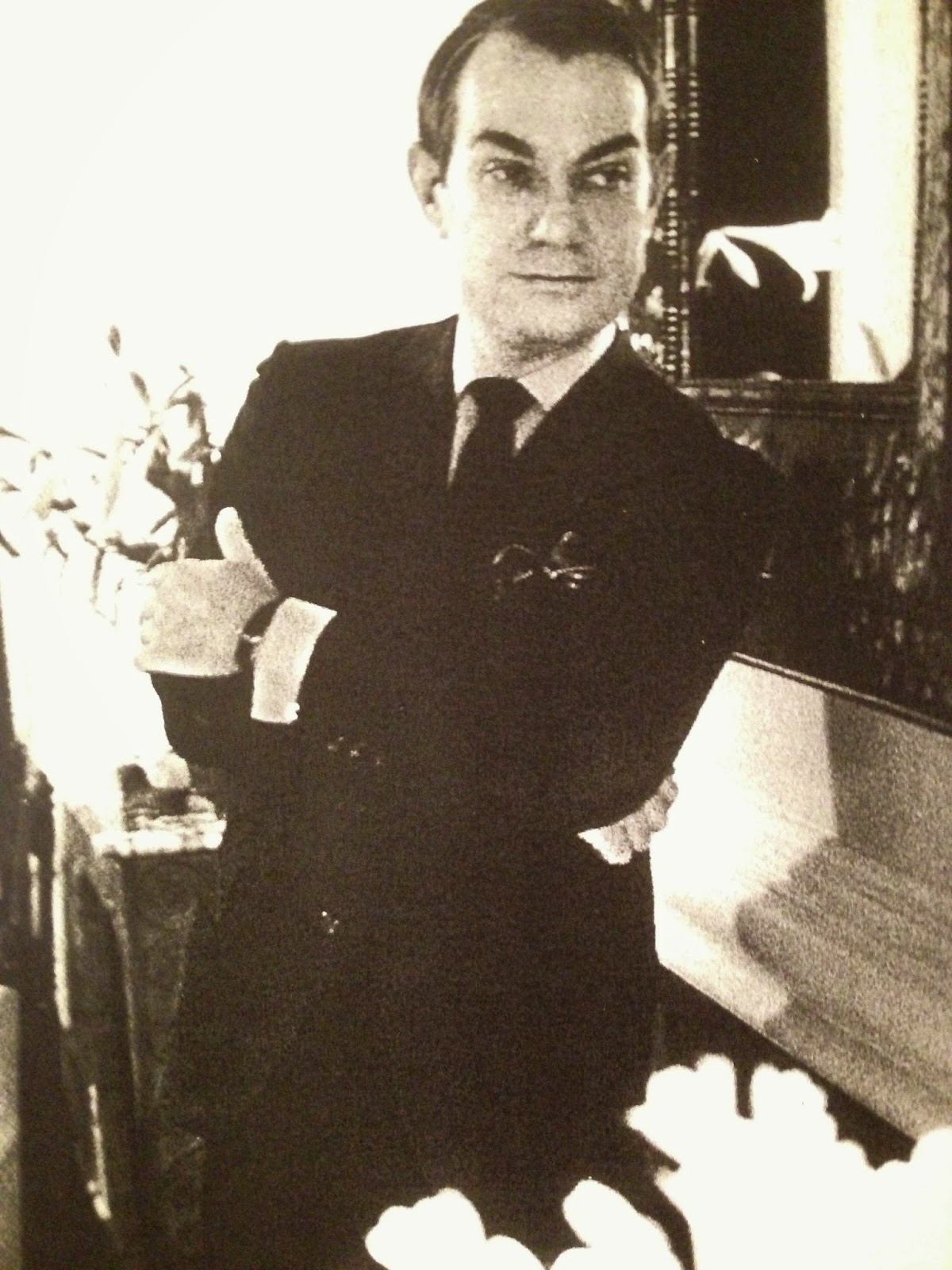 Albert (shown above) was kind enough to look at what I brought- and liked most of it- although he did say that he felt there were better models of the faux french chair I had selected.  He was so wonderful to make this quick sketch for me- which I've kept all these years.  I adore this Wilbur Pippin photograph of AH. 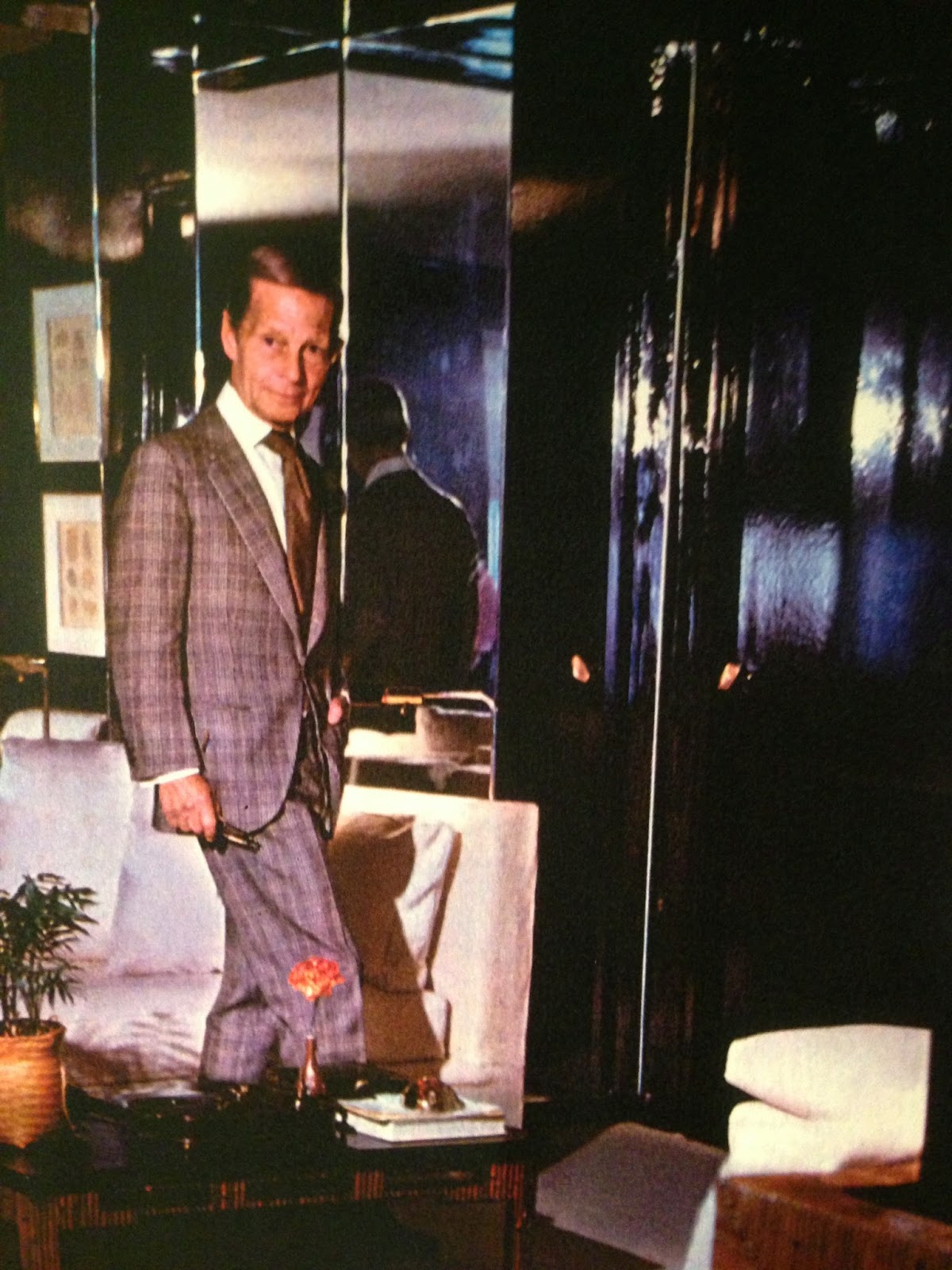 The iconic, society decorator, Billy Baldwin, above, was a friend of Albert's- and helped him along in his career as well.  I almost got to meet Mr. Baldwin, when I was on my way to London for my grand tour- however he had already left Manhattan for his beloved Nantucket.  Instead, I was whisked away to a very chic party in the Sutton Place apartment of the designer Joseph Braswell. 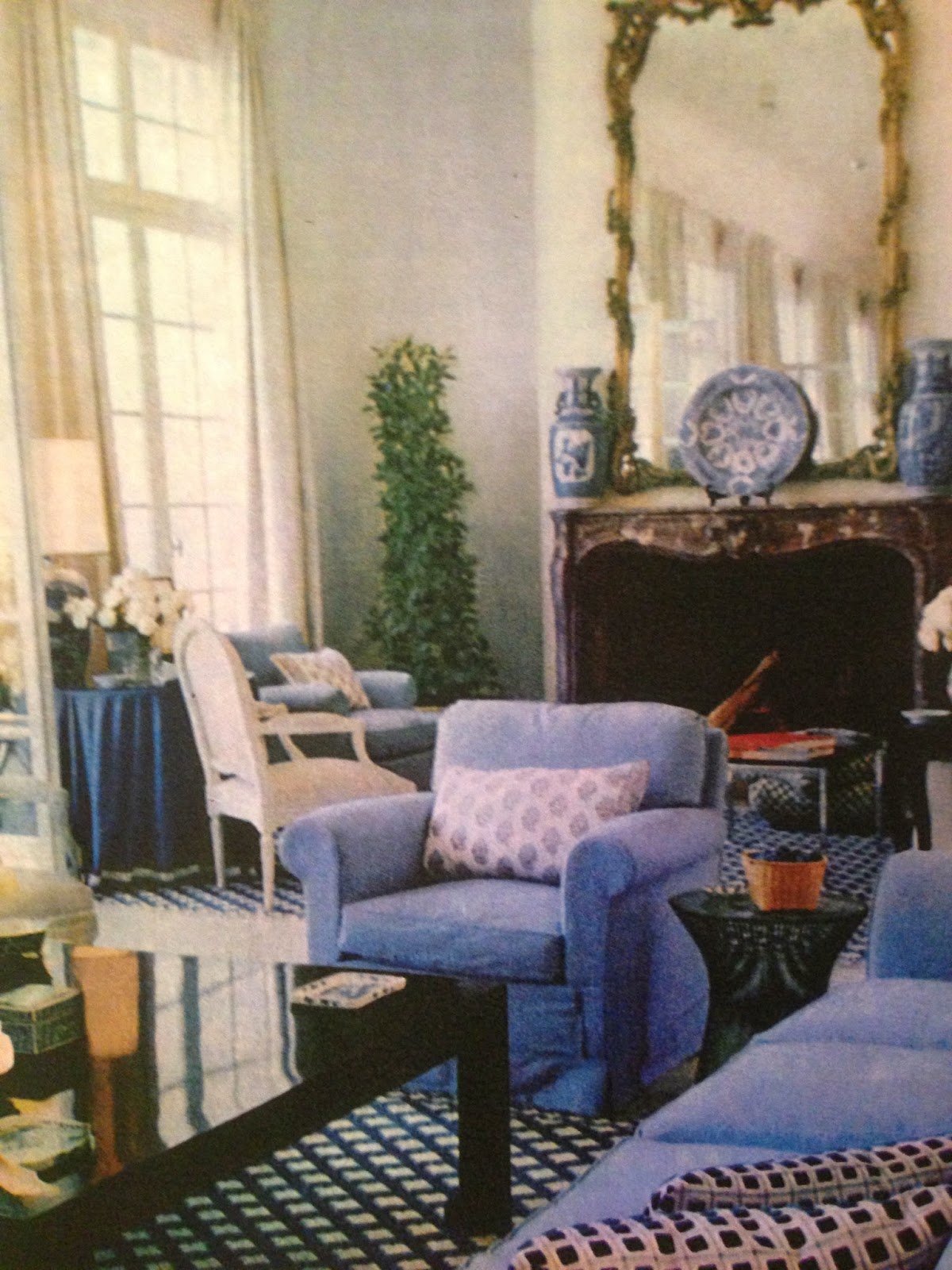 Here's the famous former Rory Cameron La Fiorentina drawing room, after Billy Baldwin and Charles Sevigny re-decorated it for the advertising guru, Mary Wells Lawrence.  It's one of my all time favorites, although I've never seen it in person, and it's been dismantled.  Read The Devoted Classicist, by John Tackett, for more on this.  I DID once see Ms. Lawrence when I was walking towards Fifth Avenue, in New York.  A classic Mercedes was pulling out of the garage and she was driving it!  Her blond hair was in a meticulous coif, and she was wearing a cashmere twin set with pearl necklace, and diamond earrings.  She was absolutely stunning. 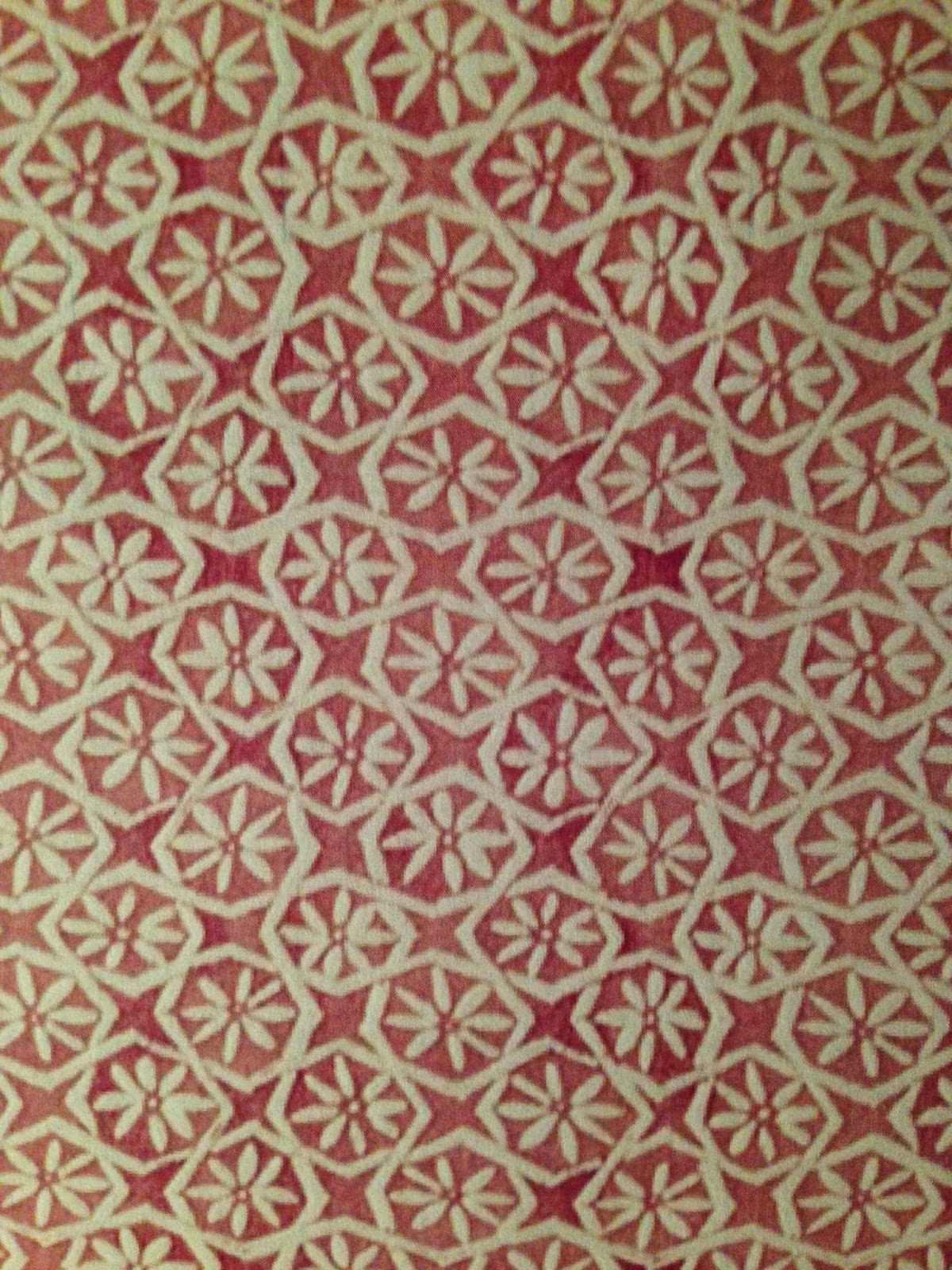 Carolina Irving, who was a friend of my Parish-Hadley mentor (Tice Alexander) has a line of fabrics, and I really like this one- Andaluz Viola - a linen hand print.  Reminds me of Fortuny and Groves Brothers...She and I got to know each other through Tice, and I've always admired her chic and style.  Carolina just signed on to be the creative director for Oscar de la Renta Home.  Check out her site here 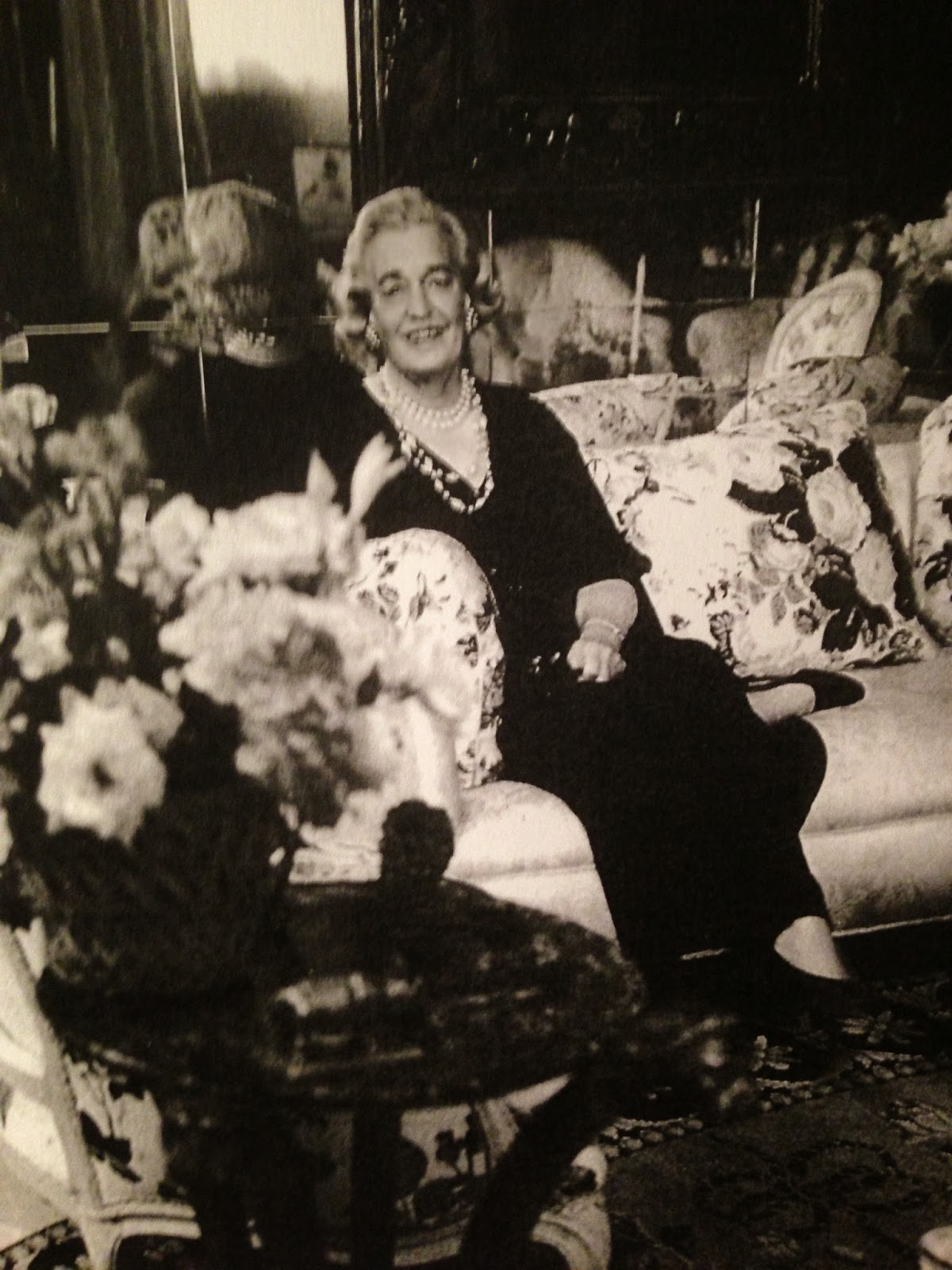 Sister Parish was Albert's business partner and muse.  I always think of her as sitting on a white damask sofa- sipping a stiff cocktail.  They say she was wicked, and loved to have a good time.  I was shown two of her offices, and still haven't gotten over them.  They were very pretty, immaculate, very organized, and very smart.  You know you're not in Kansas anymore when the only thing they have by their desk (writing table) is a multi line phone and the latest copy of the New York Social Register.  (aka the blue book) -on a small "telephone table"- It was her phone book, you see.  Pink was her color.  The same shade as the old fashioned roses she must have had in Maine.  I'm sure that is correct.  Yes, Mrs. Parish. 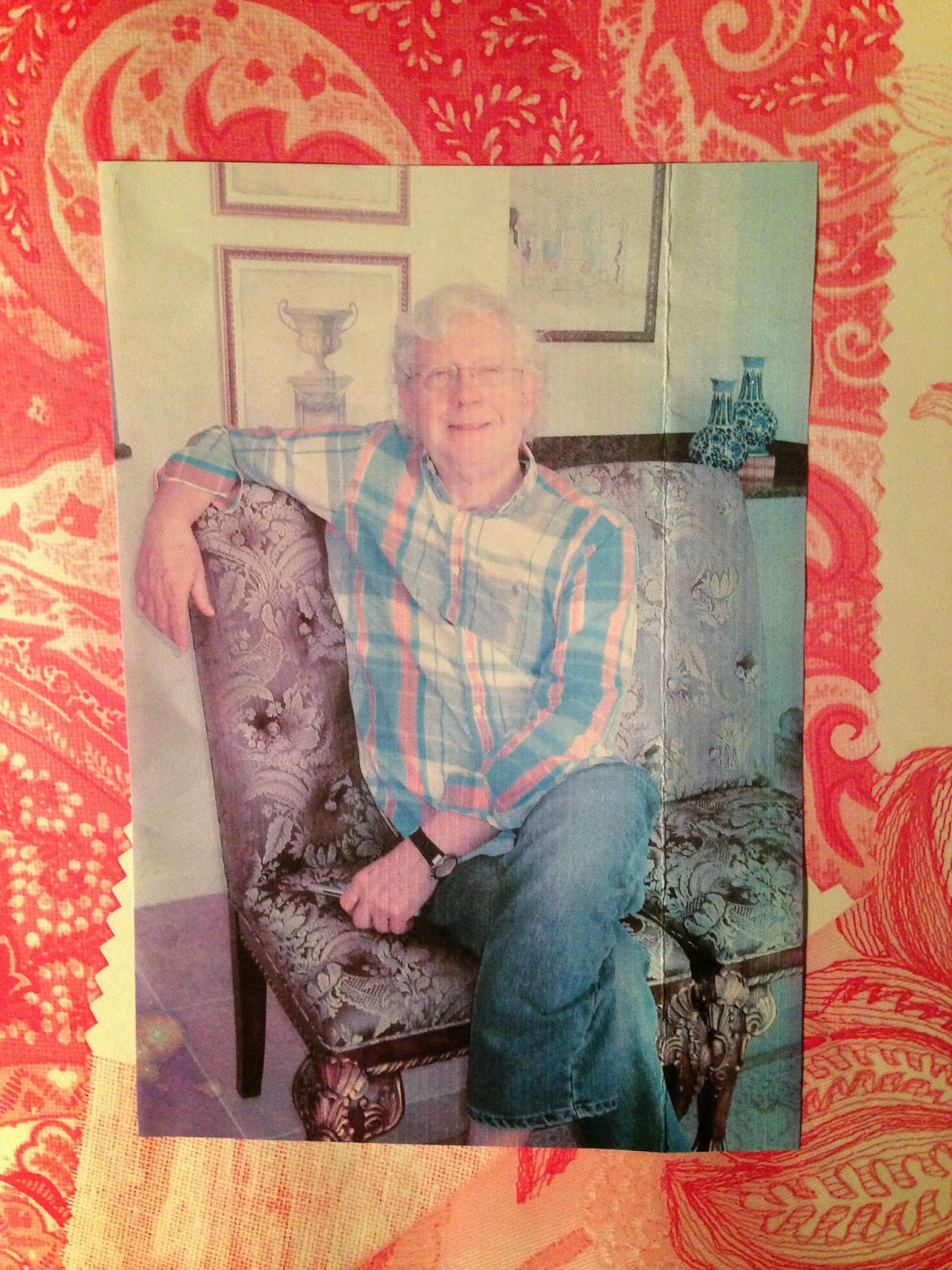 Oh, and while we're on the subject of pink, and Sister, here's a collage I made of my own "dear Billy" in his madras shirt.  I recall I took this picture on the day he agreed to work with me - and it was a very happy day indeed.  I pay him with jelly beans.  He only works if and when he feels like it.  I'm so fortunate to have him in my life.  Thanks William!  Cheers!  Enjoy!  DF *****