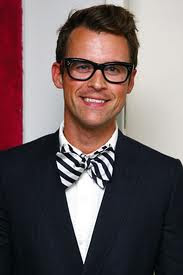 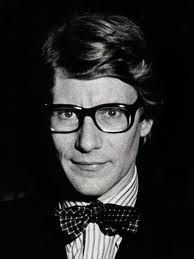 OK, I admit it, I had a blast tonight watching BRAD GORESKI on his new show, called "It's a Brad, Brad World". Brad has a disarming way of staring straight into the camera and totally revealing himself to the world, which I admire very much. He admitted that the pop star/actress Madonna changed his life, and helped him to realize he must approach what he wants with full force and energy. I agree with Brad, and can just imagine what Lady Gaga is doing for the young creatives out there who may be temporarily stranded in Kansas, or in Brad's case, Canada. I also love the way he looks, and he so reminds me of the late YVES SAINT LAURENT, one of my very favorite fashion designers of all time. Check out these two head shots and you'll see what I mean. Congrats Brad on landing the contract with Kate Spade! It's just the beginning of fabulous and mind blowing things ahead. Werk that lewk! DF *****
Posted by Dean Farris at 8:11 PM