I had a most enjoyable ride downtown this morning- adjusting for the extra hour- and knowing that today is Billy's birthday, I wanted to get back to my place in time to get ready for a later celebration in his honor.  I meandered down 11th Avenue South, which has some of the most concentrated cottages, one more charming than the next.  When AH lived here, I was a frequent guest, and had some fabulous times soaking up his amazing, mercurial, and magical atmosphere.  There was always a wonderful aroma of fresh oil paint, the floors had been painted, and that unique old house coolness.  The dormer window, at top left, contained a new shower he had Johnny Harris, the contractor put in, and I once had the pleasure of taking a shower there, right in front of the window!  It seemed perfectly natural at the time.  Recently, Billy and I attended a requiem mass for dear Johnny, at the elegant Trinity-by-the-Cove Episcopal Church, in Port Royal, which is just south of Old Naples.  It wasn't long ago that Mr. Charles Faudree, the famous "french country" specialist had given a talk at this church, as part of the Naples Antiques show.  Mr. Faudree died in November of last year.  I had planned to attend his presentation, but ended up giving my tickets to a client, (the one who had hired Ruben de Saavedra and Michael Greer).  I do think that even Albert would be amazed at all of the new houses going up in Naples. 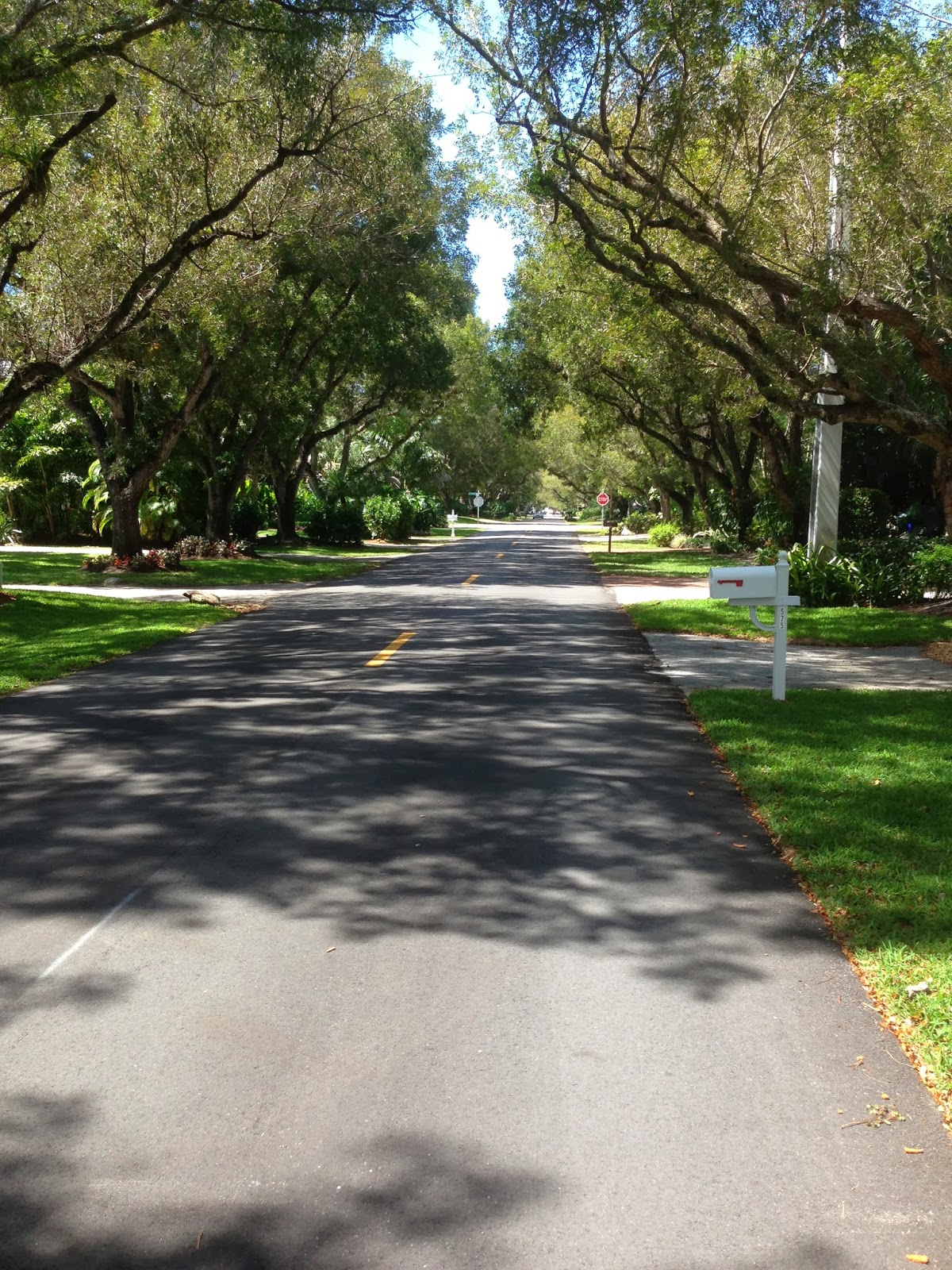 Here's a shot of a typical side street  in Old Naples, leading to the beach.  I love the classic "old south" look of these streets- and the real estate professionals really love them, as you can imagine.  It's triple A location, although these are not waterfront lots. 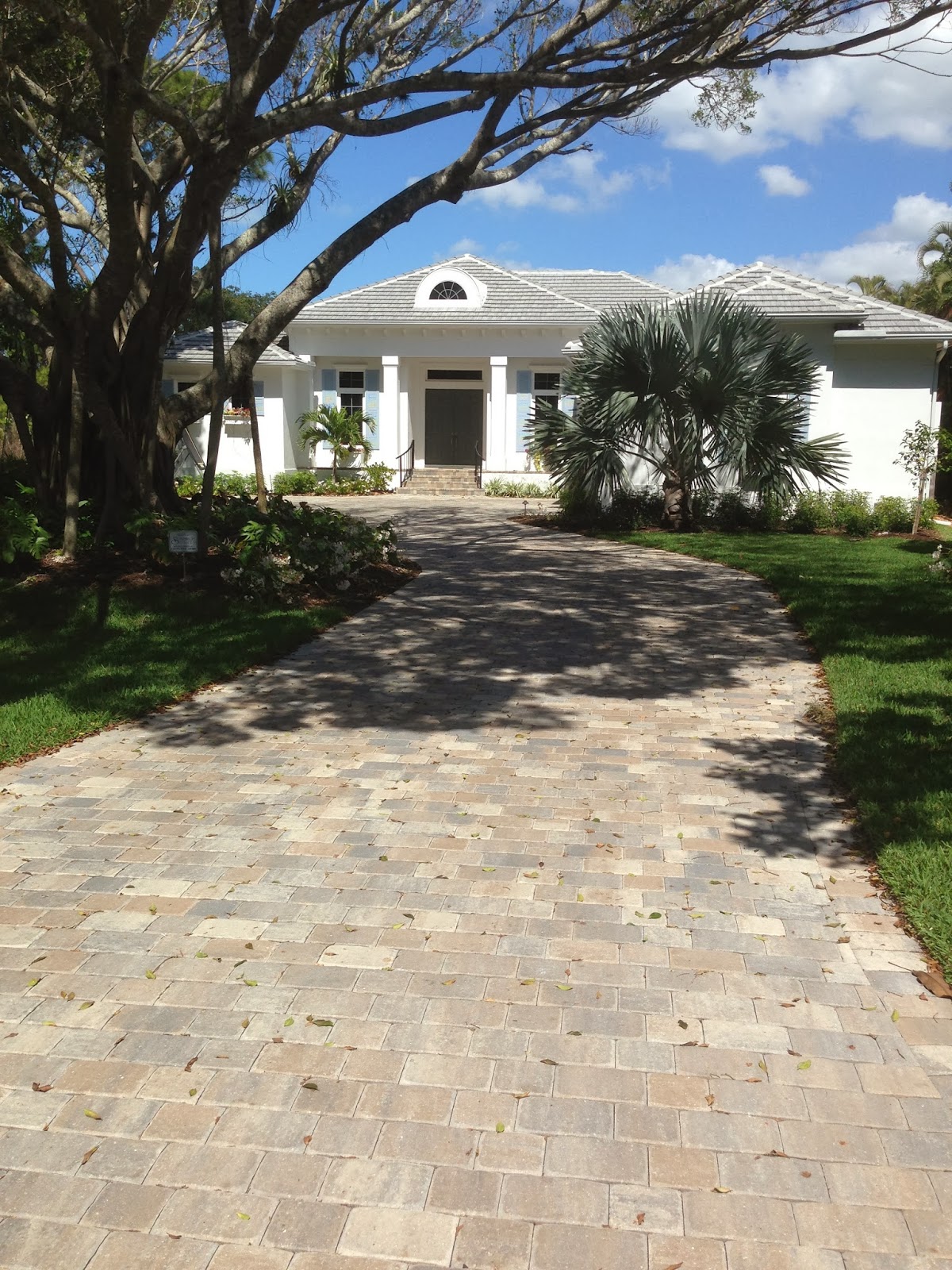 Here's a newer house, built on a private side street, across from my friend Art Canada's old house.  Art is a builder, and one of the most prolific of the Old Naples real estate investors.  I thought the siting of this one was very well done- and I like the longish driveway too.  I see so many interesting things, (and people) when riding downtown, and in the Moorings, this morning, I saw a beautiful young woman in a dress and heels, walking her two French bulldogs.  I also saw four Bentleys and two or three Maseratis... as the private jets came in for their landings.  Simply fabulous!  Cheers!  DF *****